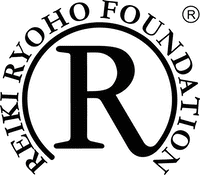 If the excretory or recycling processes are not functioning efficiently then levels of homocysteine in the blood will increase. Both the breakdown and recycling processes are controlled by enzymes and these enzymes require adequate levels of vitamins for proper activity. In the case of the breakdown process vitamin B6 is important, and for recycling of homocysteine to methionine, vitamin B12 and folate are necessary. The overall evidence is that folate may be most important in keeping homocysteine at lower levels.

Vascular disease (arteriosclerosis/narrowing of arteries) is a complex condition that has a number of contributing causes. The exact details of the overall process and the interactions of potentially causative factors are still being researched. The well known risk factors are cholesterol, smoking, hypertension (high blood pressure), diabetes and family history but these do not explain all the risk of heart disease. Clearly other factors are involved, and homocysteine is one of them.

Further studies have confirmed that the risk associated with homocysteine is also seen in the general population, at much lower levels of homocysteine than found in homocystinuria. In fact, the risk is graded over the whole range of homocysteine levels found in what would be regarded as normal populations. The usual range of homocysteine found in the plasma (blood) of 95% of people is 5- 15 umol/L. The evidence suggests that any increase of 5 umol/L, even within this so called normal range, inreases the risk of a clinical event related to heart disease by about 1.5 fold.

It is known that administration of homocysteine to animals causes disease of arteries and furthermore it has effects on clotting factors which would promote thrombosis at the site of vascular disease, causing obstruction of arteries thus leading to heart attacks and strokes.

Homocysteine is also involved in the generation of free radicals and through this mechanism it may change cholesterol to a form (oxidised LDL cholesterol) which has greater potential to cause atheroma (damage to the walls of arteries).

The final biological evidence is that homocysteine causes damage to the cells which line blood vessels when these cells are grown in cell cultures to which homocysteine is added. This damage, if it occurs in the body, would be expected to promote the formation of atheroma and thrombosis.

What causes homocysteine to be higher than may be desirable?
The chemical reactions determining homocysteine levels in the blood are complex. The key point to understand is that a deficiency of folate may result in higher levels.

A number of factors affect these reactions but there is a wealth of evidence to suggest that levels of blood (serum)folate are most important. Normally about 50% of homocysteine is reconverted to methionine by the enzyme methionine synthase in steps which also require folate, vitamin B12 and the enzyme methylenetetrahydrofolate reductase (MTHFR). Folate acts as a methyl donor for the overall reaction and thus deficiency of folate would be expected to impair the conversion of homocysteine to methionine, thus causing increased levels of homocysteine.

There is consistent evidence that plasma homocysteine is inversely related to serum folate, i.e. higher folate gives lower homocysteine and vice versa. This relationship holds at levels of folate which have previously been considered to be normal.

Furthermore, the risk of coronary heart disease has been clearly linked to lower levels of serum folate and long term studies have shown an inverse association between a high folate diet and both coronary and carotid artery disease. Most notable is the Nurses Study in which 80,000 women were followed up for 14 years. The risk of heart attack was reduced by 30-50% in those who consumed the most folate/folic acid, compared with those who consumed the least. This reduced risk was considered to be most likely due to the effects of high folate consumption to reduce homocysteine, although the study was not set up to prove this point.

A number of other clinical trials have shown that supplementation of the diet with folic acid does lower homocysteine and a summary of all studies indicates that, on average, 0.5mg of folic acid reduces homocysteine by about 25% (e.g. from 12 to 9). Greater reductions were seen if the subjects had initially high pre-treatment levels of homocysteine or lower initial levels of serum folate. Small additional effects to lower homocysteine were seen when the diets were also supplemented with vitamin B12. These were all short term dietary studies and there was no attempt to study any changes in vascular disease.

The conclusion from all these dietary studies is that up to 40-50% of the population have insufficient intake of natural food folate to lower homocysteine to the levels associated with lower vascular risk (homocysteine under 9 umol/L).

There are factors in the metabolism of homocysteine which may dictate this need for more folate/folic acid in some people. A common, less active, genetic variant in the enzyme MTHFR is associated with higher homocysteine levels, especially when folate is low. Homozygotes (inherited from both parents) for the variant start with higher homocysteine because of inefficient conversion to methionine but can achieve greater percentage reductions through supplementation with folic acid than those with the normal enzyme, but do require higher doses of folic acid to achieve this. In European populations about 12% are homozygous for the variant enzyme and 40% are heterozygotes (inherited from only one parent). There is some evidence, although not conclusive, that homozygotes for the variant are over represented among patients with coronary heart disease.

Higher homocysteine levels are also found, on average, in men compared with woman, in smokers, and there is a tendency for levels to increase with age. This latter effect may be related to poorer diet in older people i.e. less folate and vitamin B12. Excessive coffee drinking also tends to increase homocysteine.

• Measure homocysteine as part of the full risk assessment for vascular disease that is recommended at some time for all adults (including cholesterol, blood pressure etc). Treatment could then be based on overall risk and might include folic acid, even in the absence of absolute proof.

• Worry about homocysteine only in those who are already at high risk from other risk factors, because risk is cumulative.

• Measure homocysteine only in those individuals who already have evidence of vascular disease (e.g. have had a heart attack) not explained by other risk factors.

• Ignore homocysteine until proof is available to show whether or not lowering levels is beneficial.

• Don’t wait for proof, but don’t worry about measuring homocysteine either. Instead take a diet high in natural folate, vitamin B12 and vitamin B6 with supplementation with folic acid as an option. This option can be followed by individuals or even encouraged as a population approach (see below).

There are articles in the medical literature advocating each of these viewpoints.

It is of interest that in the United States it has been mandatory, since 1st January 1998, that all cereal based foods be supplemented by the manufacturers with folic acid, at 140mg/100g. This will add about 100 mg of folic acid (equivalent to 200 mg of food folate) to the average diet. (Note 100 mg equals 0.1mg). The reason for this legislation was not related to possible prevention of heart disease but rather to the fact that this level of supplementation will help prevent neural tube defects (spina bifida and anencephaly). It has been clearly shown that when pregnant woman consume folic acid supplements, in addition to natural food folate, a large proportion of cases of spina bifida are prevented. It is difficult, even with the best diet, to reach the daily amount of folate/folic acid required so supplementation is necessary. In New Zealand it is recommended that all pregnant women take folic acid supplements.

The legislation caused controversy in the United States with some health authorities arguing that the supplementation should have been greater, not only to prevent spina bifida, but also to reduce the risk of vascular disease in the whole population by lowering average levels of homocysteine in response to adequate folic acid.

The critics, the prestigious Centre for Disease Control among them, argue that since there is clear evidence that a substantial proportion of the population consume insufficient folate in food, the cereal based foods should have been supplemented with a minimum of 0.35mg/100g of folic acid and that 0.7mg/100g would be safe (i.e. 350 or 700 mg).

This attitude rather assumes that the trials currently being conducted will give a positive result and so is not quite scientific, but the potential benefits are high, with estimates being that up to 50,000 deaths per year from heart attack or stroke could be prevented in the United States. It should be remembered that it was advocated that cholesterol be lowered to prevent vascular disease long before the definite proof was available that there was benefit. The diet regimes used were much more difficult and the lipid lowering drugs much less safer than simple supplementation of the diet with small amounts of folic acid.

At present there is no official supplementation of food with folic acid in New Zealand, although some products may have it added. Each individual and their health advisers will need to discuss whether they need proof or whether it might be prudent to increase folate intake by diet and/or supplementation, with or without monitoring homocysteine.

It can certainly do no harm to increase folate containing foods in the diet. Examples of these are green/leafy vegetables such as broccoli, or spinach, starch beans such as kidney beans, butter beans, peas, corn, cauliflower, nuts, avocado, wheat bran, wholegrain cereals and most fruits, especially citrus fruits. Most nutritional authorities would recommend at least five daily servings of foods from this group as part of a healthy diet, also likely to benefit cholesterol levels. If this level of intake can be achieved it is arguable that most people would not benefit further from supplementation with folic acid.

If the choice is made to also use folic acid supplementation are there any risks?
Almost certainly not, as long as the supplementation is moderate, around 400mg (0.4mg) daily, and probably higher doses of 1-2mg are safe. For most people 0.4 mg will be enough, especially if the diet is healthy.

Find awesome listings near you!